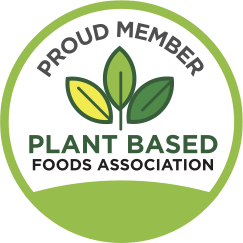 For those of us who love sourdough, the starter lives and  breathes as a fixture on our kitchen counters. Each day, it is fed and then expands and bubbles with lively energy.  Like all naturally fermented foods, it becomes part of the household–like a guest to be cared for and appreciated.

Fermented foods are a common thread in all the great cuisines of the world.  In addition to its nutritional attributes, fermentation was a form of food preservation and extended shelf-life long before refrigeration.

My first experiences with fermentation began as a child watching my Yia Yia (grandmother) make yogurt.  She boiled milk in a stock pot, allowing it to cool to the point she could stick her finger into the milk for the count of ten (approximately 104 degrees). Then, a remnant of culture from the previous batch was folded in. She wrapped the entire pot in a blanket and placed it on top of her 1950’s refrigerator, which ran hot enough to keep the yogurt warm for four to five hours.  I remember my lips puckering over the distinctly sour flavor of the fresh yogurt.

At the time, I didn’t realize this was one of the secrets of Yia Yia’s delicious food.  In addition to Greek staples like strained yogurt with honey and garlicky cucumber tzatziki, tangy yogurt found its way into soups, stews, pies and sauces as a flavor enhancer.  It was one of the nutritious superfood ingredients in her Cretan cuisine.

During my early years in India, I discovered that yogurt is used often in both savory and sweet applications.  At a 100 year-old stall in the old Delhi market of Chandni Chowk, the Old Famous Jalebi Walla would craft eight inch wide translucent sweet pretzels (jalebis).  These were made from yogurt and saffron sourdough batter, fried in ghee and dipped in a sugar syrup.  The pretzels were warm, sticky and sweetly-sour.  This is one of the many ways I learned to incorporate live cultures into foods during my time in India.

In my kitchen, the sourdough starter on the counter has a respected presence.  This living food inspires many hours of hands-on preparation with excellent results.  I use it to prepare the traditional European loaves of bread, savory and sweet Persian and Indian flat breads, pizza crusts, crepes and turnovers.  They are fried on a skillet, baked on a baking stone in the oven or cooked outdoors in my birch-fired oven.

The following recipe, blini-style Sourdough Griddle Cakes, should be prepared on a griddle or skillet.  When making this recipe, I’ll often add cooked whole grains to the batter for texture and flavor, such as: quinoa, fonio, finger millet, sorghum or farro.  Below the Griddle Cakes recipe is an Easy Balkan Ajvar recipe to use as a condiment.

Mix all ingredients and let rest for 15 minutes.  Preheat a cast iron griddle at medium heat, lightly coat with oil. (use extra virgin olive oil, or organic sunflower oil).  Dollop small spoonfuls of batter onto the griddle, spread out to size if needed.  Brown on one side, then add 1 teaspoon ajvar and turn cake over, searing ajvar into the cake.

Serve hot with 1 teaspoon ajvar relish, a teaspoon of Vayo Mayo garnish and a sprig of cilantro.

Preheat oven to 425 degrees F.  Place all ingredients in a baking dish or a parchment-lined baking sheet and bake for 25 minutes, or until edges of onions and peppers start to brown.

Remove from oven, cool for 10 minutes and process all  ingredients in a food processor to a coarse relish.  Serve warm or cold.